New Faces for Economic Development in the Upper Cumberland 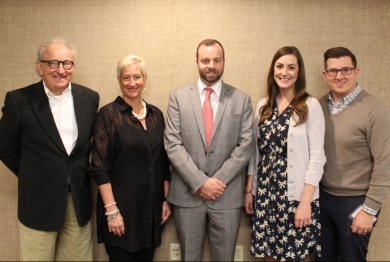 COOKEVILLE – Economic Development activity in the Upper Cumberland has been significant in the last couple of years.  The partnerships between state and local agencies, government programs, and economic development teams have grown and flourished recently.  This trend is one that is forecasted to continue, and the faces in the agencies that serve the area’s economic development needs are changing.

In April 2011, Gov. Haslam announced the Jobs4TN initiative, which directed ECD to form nine regional jobs base camps to serve as a point of contact for Tennessee companies seeking state services. The regional offices also work with economic developers in Tennessee to encourage participation in broader regional economic development strategies.

Huddleston is a familiar face in the Upper Cumberland.  His responsibilities in his former recruiting role with the State of Tennessee were the sectors of chemicals, plastics, and food & agribusiness. Joining TNECD in 2012 as a business development consultant for the Upper Cumberland region, Cody worked with new and existing industries to encourage business investment and expansions. During his tenure with the State of Tennessee he has assisted with numerous expansion and recruitment projects, both domestic and international companies, resulting in over 2000 new jobs and $500 million in new capital investment. Notable project successes include Harry’s Fresh Foods, General Mills, and A.O. Smith Corporation.

Prior to TNECD, Cody was an account executive for Comdata Corporation, where he managed and grew more than 2,500 existing accounts valued at $2.2 million annually, and prior to that Averitt Express Customer Service. He holds a BBA from Tennessee Technological University and an MBA from Norwich University.

Before joining the Tennessee Valley Authority (TVA), Stephanie worked for United States Senator Bob Corker as a constituent services representative, assisting in addressing and resolving constituent concerns with federal and state agencies as well as private organizations.  Stephanie earned a Bachelor of Science degree in business administration from the University of Tennessee in Knoxville, majoring in finance with international business collateral and minoring in English.

Stephen Crook, VP of Economic Development for the Highlands Economic Partnership is optimistic about the days ahead.  “Our partnership with local city and county government teams has been wonderful for many years. The Tennessee Valley Authority and the State of Tennessee have been instrumental in each of the economic development projects in our area. They have brought prospects, assisted in existing industry growth, supported us in site development and marketing, and much more. All of us on a local level certainly enjoy a robust relationship with our partners at the Tennessee Valley Authority and the State of Tennessee.  Cody and Stephanie certainly follow in the footsteps of some great partners, and we look forward to carrying on the great work that has already begun with prior team members Rebecca Smith (State of Tennessee) and Bess Rickman-Hubbard (TVA)”.

The Upper Cumberland is poised for success and has a bright future with numerous prospects in the pipeline.  Targeted industry sectors are showing interest in locating and expanding here in the region, and the economic development staff throughout the region believes the Highlands Economic Partnership will see significant wins on a continued basis.