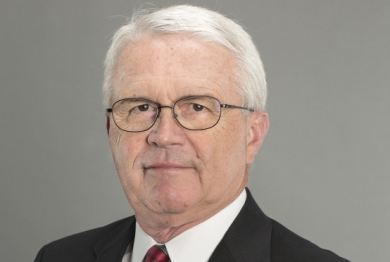 In 1958, Thurman Averitt founded Livingston Merchant's Co-op, a small trucking company that hauled dry goods mostly between Nashville, TN and Livingston, TN. In 1969, Thurman incorporated his small company and called it Averitt Express.
While making regular deliveries in Nashville, Thurman became acquainted with a young dockworker who helped him unload his trailer. This young man's name was Gary Sasser.
Gary happened to ask Thurman one day if he would be interested in selling his company. After some thought, Thurman said yes.
In October of 1971, Gary Sasser, at the age of 20, purchased Averitt Express, which at the time consisted of two associates, three tractors and five trailers.
Today, Averitt Express is one of the nation's leading freight transportation and supply chain management providers.

PRESIDENT AND CHIEF OPERATING OFFICER (COO)
As Averitt's President and Chief Operating Officer, Wayne Spain is responsible for leading all operations and sales functions for the transportation provider.
Since joining the Averitt team in 1980, Wayne has served in a variety of leadership roles, including General Sales Manager, Vice President of Sales, Executive Vice President of Marketing, as well as Executive Vice President and Chief Operating Officer.
A native of Jackson, Tennessee, Wayne attended the University of Tennessee on a football scholarship and graduated with a degree in transportation.